Katsura-hama is located at the extremity of the Urado Peninsula and famous for enjoying the beautiful sight of the moon.

Isamu Yoshii, the poet, sang in praise of the beach and Yoshiye Omachi, noted literary man, got his pen-name, Keigetsu, after the place.

You will find the site of Urato Castle built by Chosokabe-motochika who made it as his headquarters in his suppression of Shikoku.

The ancient castle stands on a rocky hill behind Ryuo point.

The bronze statue of Sakamoto Ryoma, a patriot of the Meiji Restoration time, is seen gazing at the horizon.

Here the beauty of the beach with white sands and green pine groves is enhanced by the spot full of literary beauty and legends. 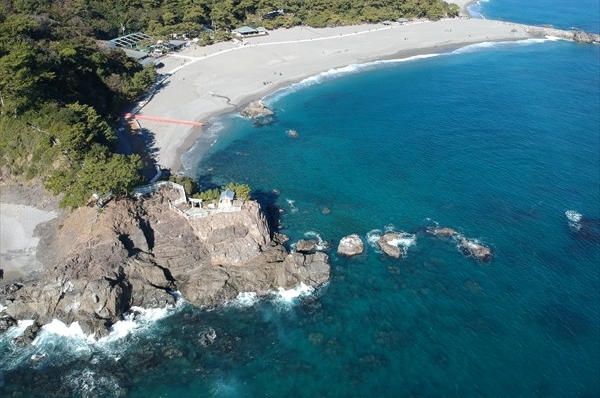 The Ryuo Shrine stands at the Ryuo Point jutting forth against the turbulent Black Japan Current.
The bronze statue of Sakamoto-Ryoma, a hero of the Meiji Restoration stands here.
The quietude of the gulf of Urado and the turbulance of the Pacific Ocean makes a splendid sight. 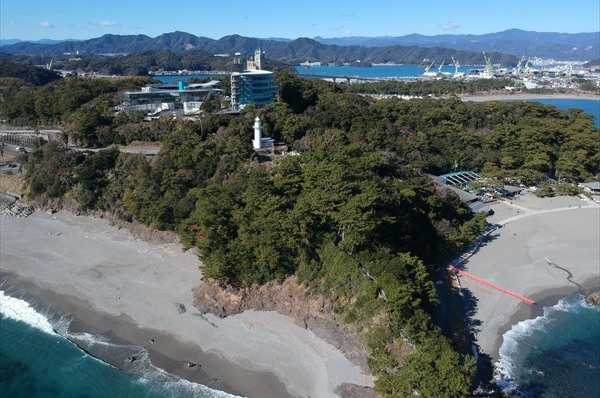 Like so many white horses, the wave-crests are coming dashing in a row against the long arched seashore.
Omachi-Keigetsu, a native of the province of Tosa, writes: “The row of wave-crests extending for the distance of tens of thousands of miles comes dashing and ratires of it-self.”
On the rocky hill behind the Ryuo Point, there still remains the site of the Urato Castle once belonged to Chosokabe-Motochika, the ancient lord here. 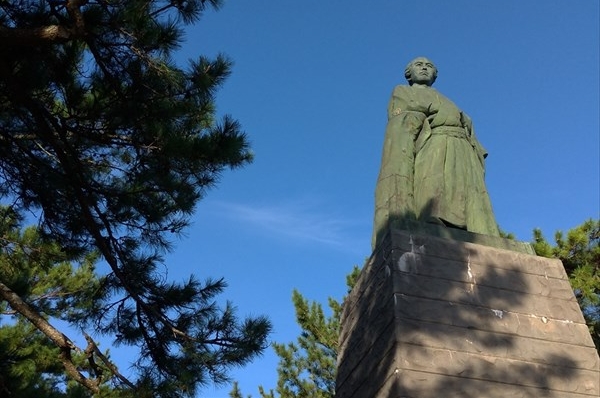 Height:Statue 5.3m,Pedestal 7.6m, Metal washer 0.3m.
Sakamoto-Ryoma who contributed greatly in bringing in the dawn of the Meiji Restoration was born in the 6th year of Tenpo(1835).
However, he died before realizing his wishes at the age 33 at the house of Omiya, Kawara-machi, Kyoto, assaulted by a group of assassins.
The statue was erected by the youths of Tosa Province. 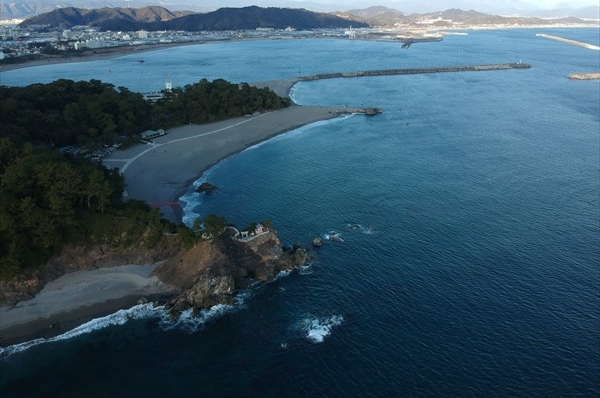 The Black Japan Current dashing against the Ryuo Point – the grand sight of the Pacific Ocean and the beach with white sands and green pine groves looking like a miniature garden have hitherto been admired from ancient times.
You can also gather, all the year round.
5-colored pebbes found among pretty shells on the beach. 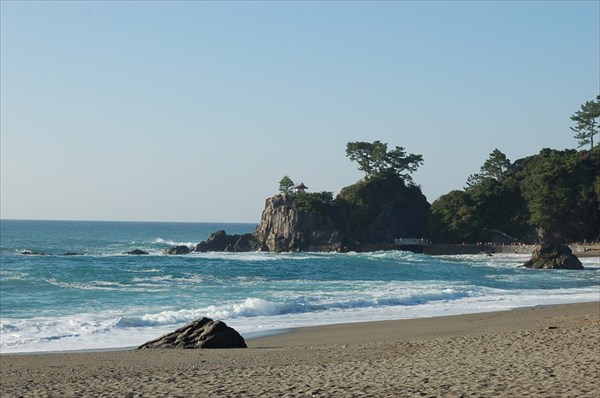 Moon and Ryoma and Katsura-hama

Katsura-hama is a beach loved greatly by Omachi-Keigetsu, a famous man of letters hailing from the province of Tosa. He introduced the beach as the fine place to admire the moon.
The site of the castle of Urado built by Chosokabe-Motochika in the age of civil wars is found here.
The bronze statue of Sakamoto-Ryoma, the royalist, is seen here also.
The coast stretching like a skirt looks really fine. 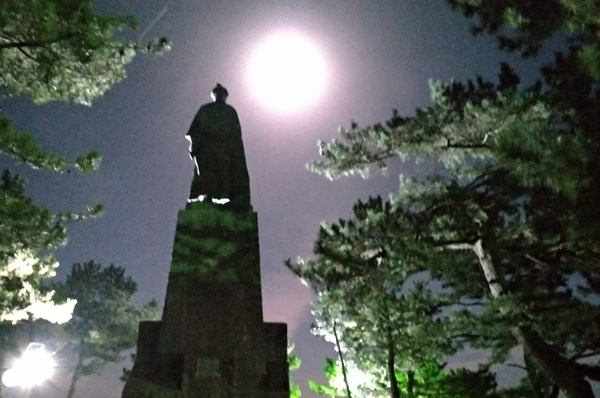 The moon’s attraction is Katsura-hama

“Look and look! Katsura-hama is bathed in the beautiful moon light everywhere!
The moon itself is emerging from the surface of the sea!” says Keigetsu Omachi.
Katsura-hama is the beach widely known as a beauty spot for viewing the moon.
Isamu Yoshii sang it in poetical terms of praise. And Keigetsu Omachi derived his nom de plume from it.

Writes Isamu Yoshii, well-known writer: “I came here involuntarily to see the grand sea of Tosa Province – to admire Katsura-hama.”
The sun shining brightly – the azure sky and the blue sea – the grand sight of the Pacific Ocean and the beautiful scene of nature looking like a miniature garden are simply wonderful and we cannot help but admire them. 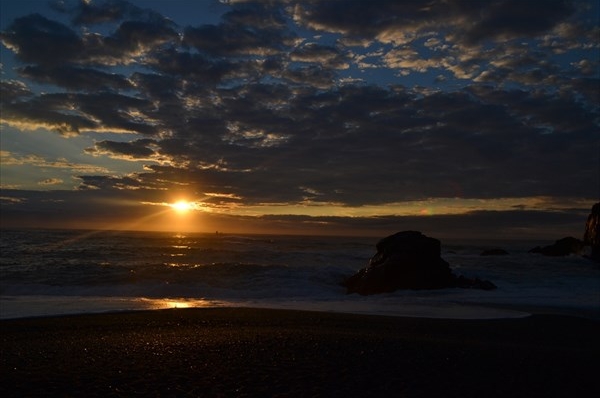 The splendid sight of the sun-up here reminding us of the dawn of the Meiji Restoration of over one hundred years ago may also be said to be the dawn of Japan.
The appearance of Katsura-hama still remains unchanged.
However the dashing waves, to our mind, are the swells of modern times.